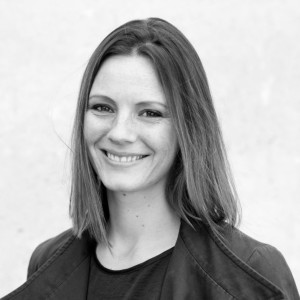 Life on the River Endrick

The Endrick Water or River Endrick (Scottish Gaelic: Eunarag) has two sources: the Burnfoot Burn rising on the southern slopes of the Gargunnock Hills and the Backside Burn rising on the eastern slopes of the Fintry Hills. These combine and continue their descent, via the spectacular Loup of Fintry and in to Strathendrick – the Endrick Valley. The river meanders past the villages of Fintry and Balfron, before passing Carbeth Home Farm and neighbouring Little Drumquharn. Just a couple of miles further downstream, it arrives at the Pots of Gartness – a series of rocky pools, famous for leaping salmon in October and November. It then continues its winding path past Croftamie and Drymen, to its mouth at the south east of Loch Lomond, approximately 20 miles from its origin in the Fintry Hills.

Read more about the story of the Loch Lomond National Nature Reserve here.

Scottish Dock (Rumex aquaticus)
This unassuming plant grows uniquely in a few marshy places near the south east end of Loch Lomond and along the river Endrick, including at Carbeth Home Farm. Its long, slender leaves set it apart from many other docks and sorrels. It blooms in early summer, its delicate greeny-cream flowers hanging in bunches from the axes of the leaves. By late summer these have turned into tiny, nut-brown seeds.

Osprey (Pandion haliaetus)
It’s only in the last 20 years that we’ve been able to see ospreys in the National Park. Persecution drove them to extinction in the UK during the last century. They started returning to breed in the Highlands of Scotland in the 1950s, thanks to the efforts of a dedicated group of conservationists. The birds are now spreading out across other parts of the country where fish are plentiful and they can find undisturbed nesting sites. They can regularly be seen fishing in the Endrick Mouth area in the summer.

Otter (Lutra lutra)
Otters can be seen on almost all of the waterways in the National Park, including the Endrick. The best time to spot them is at dawn and dusk, when they hunt for fish, crabs, frogs or small birds.

Fish
The Designated Special Area of Conservation (SAC) status of the Endrick is due to the presence of important populations of brook lamprey, river lamprey and Atlantic salmon. The river lamprey are of particular importance because, unlike other populations which migrate to the sea, they remain in freshwater as adults, feeding on freshwater fish in Loch Lomond. This is the only instance of this unusual behavioural trait recorded in the UK.

We know there is much more exciting life in and around the River Endrick, and we would love to hear about it. If you have photos of the Endrick and its life, sightings and stories you would like to share, we'd really love to hear from you. Please send us an email via the contact page, or you can contact us via Facebook or Instagram. 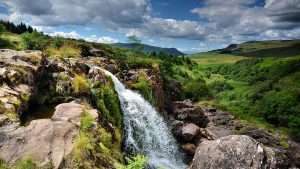 Cover  image – The Loup of Fintry
Photo by Andrewmcki on Wikimedia